One more thing is essential to the star’s public image as disseminated by the tabloid press: a star does not live like normal people. Not merely does he consort with screen goddesses whose brilliance lets his own light beam more brightly, he also earns much more money than the average reader of the tabloid press – and this not only may, but indeed must, become known, even if the reports about Curd Jürgens’ wages that appeared in a variety of papers in 1957 have to be glossed over with reference to an indiscretion.[i] But making money alone is not enough – it must be laid out properly: Money in – lots of it – must be as quickly as possible money out, and be changed into something else: visible signs of social status.

In 1957 Curd Jürgens had rented and subsequently bought one of these symbols – a huge villa in Cap Farrat with a vista of the sea. This investment brought dividends in the gossip columns in newspapers in the form of headlines like “The tsar’s courier lives like a monarch”.[ii] And if the reader is kept away by high fences and a spacious park and prevented from approaching the star in his luxurious private surroundings, he can dispatch a surrogate, gossip columnist: “Let’s have a look inside!” The first thing the reporter mentions is the – for the 1950s – astronomical sum of 10,000 DM a month rent. He then moves on to the large number of servants, the splendour of the rooms, the fantastic view and the celebrity neighbours: Prince Rainier and his wife Grace Patricia. A feature of this part of the public image is the additional accounts of the actor’s numerous cars and of the parties he hosts – in which the “Norman wardrobe” is able to give proof of his capacity for alcohol, in the context of the time an attribute of vigorous masculinity. 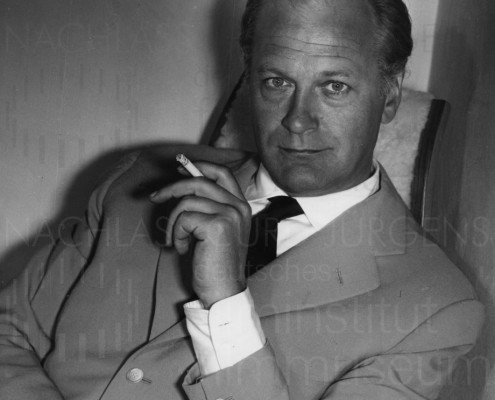 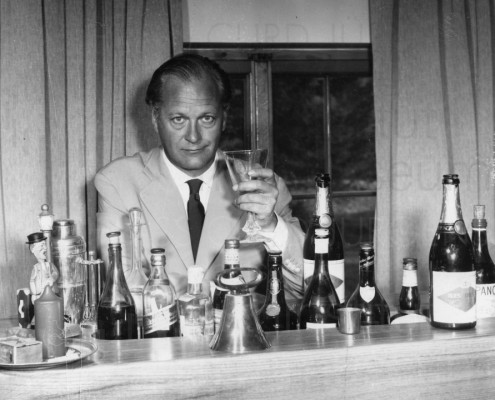 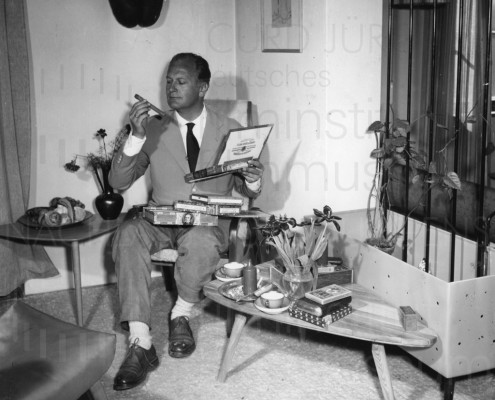 As Aeneas must arrive in Latium in order to achieve his true destiny, so a film star must make a film in Hollywood in order to be able establish real fame. In tune with his role pattern and playing a U-Boat commander, Curd Jürgens seems to achieve this with THE ENEMY BELOW (1957, D: Dick Powell). His adversary in the film is played by Robert Mitchum. At least in the German popular press he is now celebrated as a “top world star” or – as the journalist Hannes (Hunter) Obermaier formulates it – a “world star”. Over the week, Curd hardly had any free time, standing in front of the camera till late at night. On Sundays he dropped in on his nearest neighbours: Lana Turner, Alan Ladd, Judy Garland and the jazz composer Hoagy Carmichael. Bing Crosby and Gary Cooper were his preferred poker partners.”[iii] Curd Jürgens’ media figure, as established by the early 1950s, combines features of his typical roles in film and behavioural patterns that were selected from his private sphere, and concentrated them into simple images: the heart-breaker, the blond hero, the rich dandy and socialite, the “Norman wardrobe”, the world star. There was also public knowledge concerning the behavioural type of the star in general along with patterns borrowed consciously or unconsciously from other celebrities: for example, there are a number of photographs of Jürgens in poses reminiscent of a Picasso or a Hemingway. 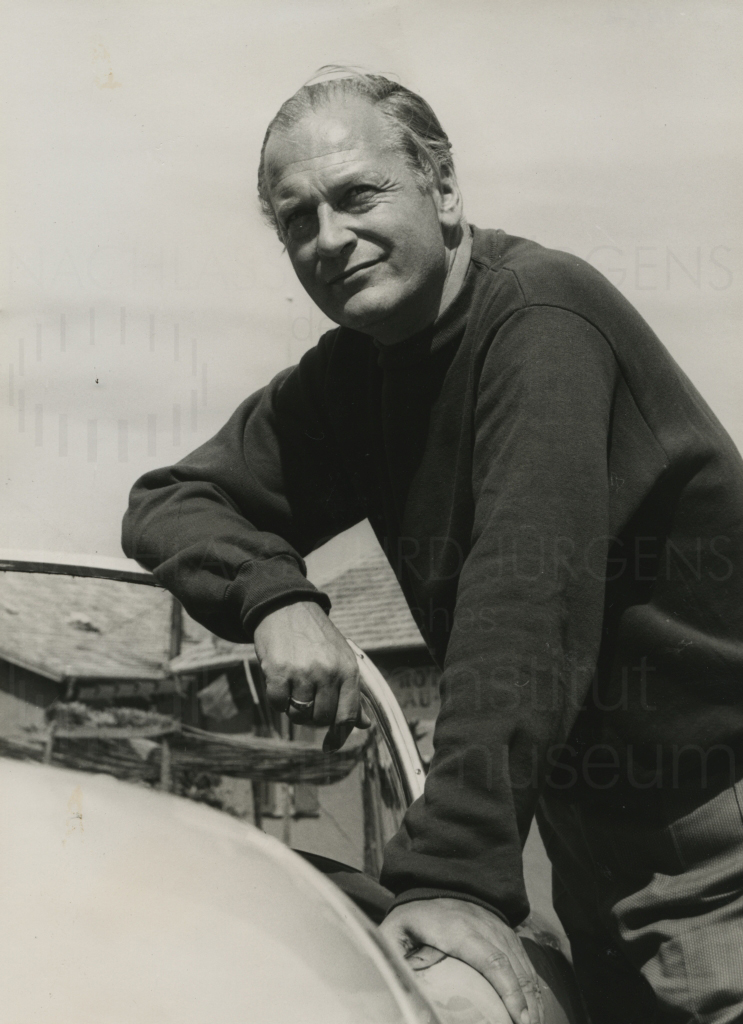 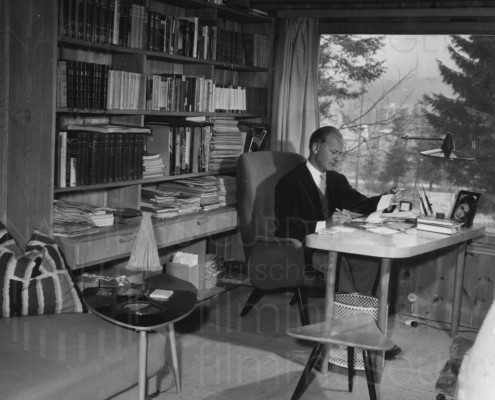 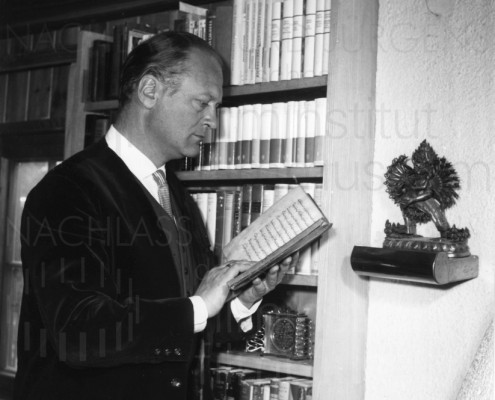 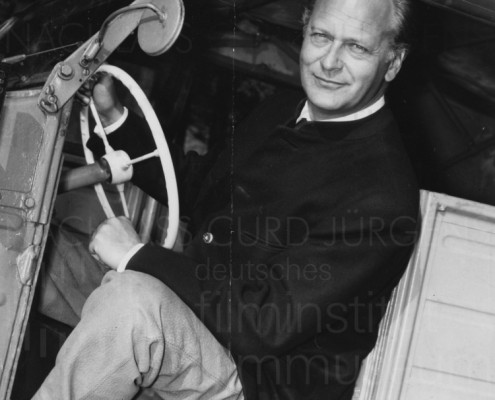 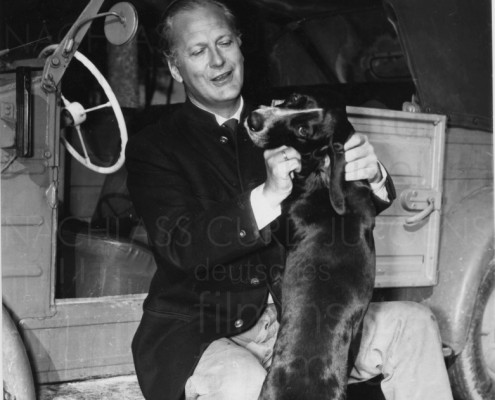 In Cap Ferrat, Beginning of the 1960s 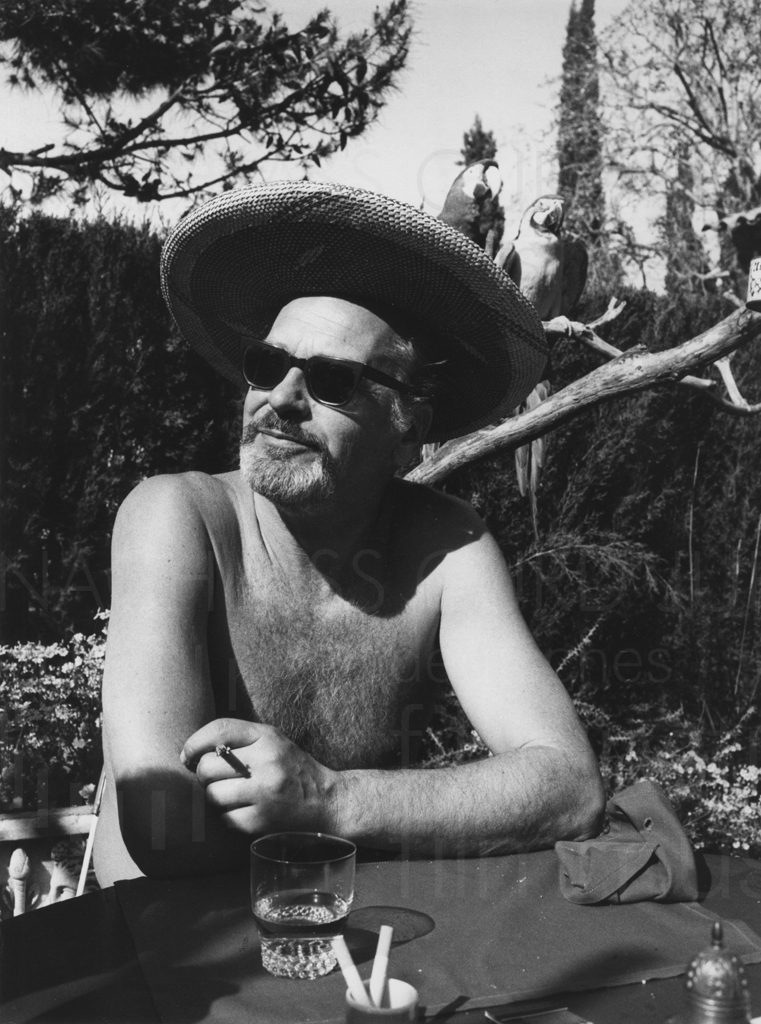 A framework is created by these images to which the press can constantly refer when reporting on an event in the actor’s life. It is by this that the coherence of the media figure guaranteed. It is sufficient to reference a type of role in order to evoke the total context of the incident that is recounted, whereby the event interpreted from this perspective reconfirms the type of model. Inside this framework the version by the tabloid press lends the actions, people, objects and places, rhetorically speaking, a metonymic dimension which opens up the star’s distant world to the imagination of the reader: a villa on the Côte d’Azur is not simply a house, even when Monaco’s royal family lives next door. It is a palpable symbol of a distanced social status. Likewise, Hollywood is not just a place – and the names of the people Curd Jürgens came into contact with there, stand – pars pro toto – for the whole star-studded sky of the film industry. Much of what is laid out in the texts is supported and exemplified in the nearly always extensive photography. It is not just the person who is constantly presented to the reader, but also his or her social surroundings and goods and chattels. The imagination of the recipient is provided with yet another key to the star’s ambit: A huge magnificent bed, Curd Jürgens nonchalantly telephoning, evokes opulence and an aristocratic residence, but also hints at what else might come to pass there: the heart-breaker.

Visibility is presence. In the tabloid press the photographs that show the actor’s private sphere and the reports about his life moves the actor closer to his audience. It is a familiar face that greets us from the news stand. At the same time, the representation moves the actor to a place infinitely distant from the average reader. You know more about him than about your own neighbour, and yet he resides in completely inaccessible regions. The appeal emanating from the public figure Curd Jürgens rested to a large degree on this tension between near and far.

He was a rewarding object for popular journalism. Especially in the Germany of the 1950s where the isolation accruing from fascism and war was still being felt, it caused a sensation that a German was moving in the dizzying regions of the international film stars and was becoming a “world star”. The actor rightly recognised in his formulation that his public persona was constructed by the media and was, as a “double”, responsible for it. He made no mention of his participation in this process by engaging in this game of near and far. A game that continually provided the colour magazines with interesting copy (and continually put him in the limelight); a game in which the story of a character is constantly reeled off according to definite patterns, until the death of the person who frames the horizon of the character – and often even a bit longer.

During the shooting of BITTER VICTORY in his Rivieran Villa, 1957 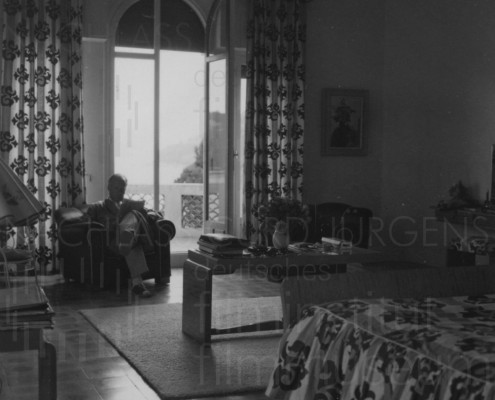 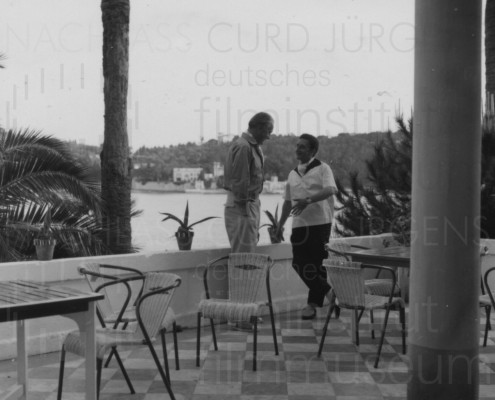 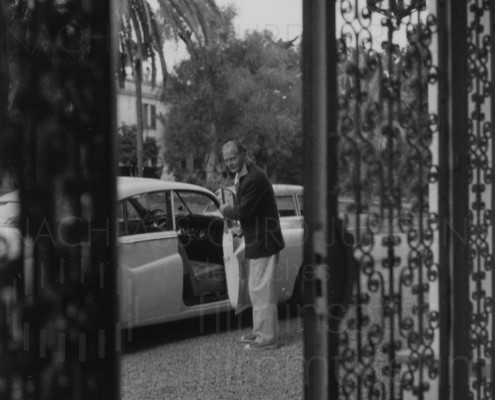 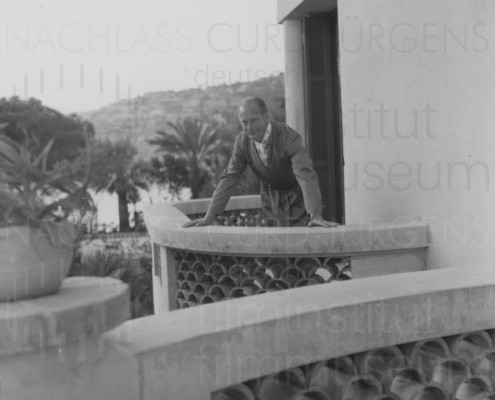 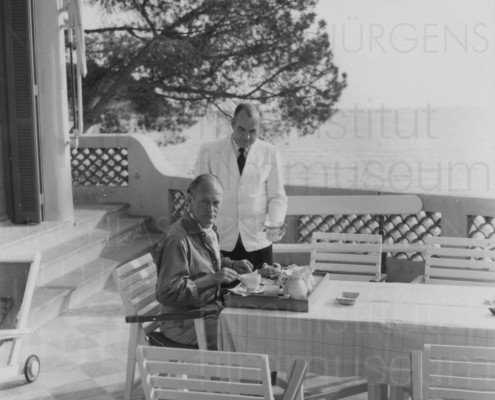 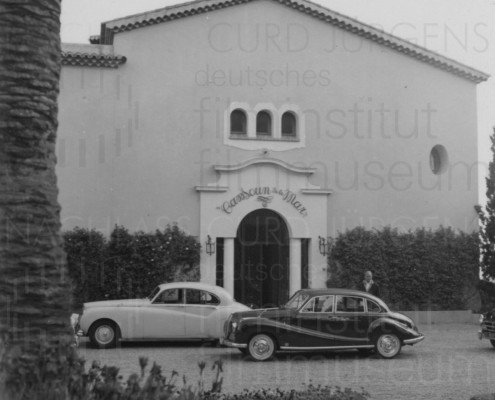 Extract from: „Every child will know me… Curd Jürgens and the Yellow Press“. In: Hans-Peter Reichmann (ed.): Curd Jürgens. Frankfurt am Main 2000/2007 (Kinematograph No. 14)

[i] Jürgens confesses later that in some cases he had told the press higher salaries than he actually got, Austrian newspaper Kurier, 3.6.1972.